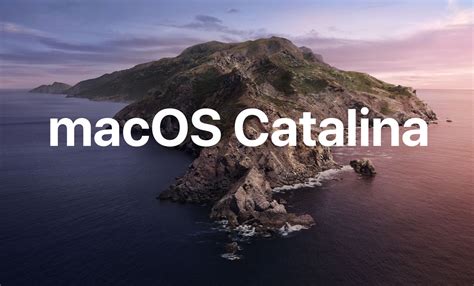 The New FlipBook For Catalina & Beyond

The New FlipBook runs on Macs, MacBooks, iPads and iPhones. So you can create a scene on your iPhone when the idea strikes you. Draw your animation on your iPad with your Apple Pencil and then paint and finish it on your Mac with the advantages of a big screen and keyboard. And you can pull your iPhone out of your packet anytime to make a change or show off your work.

FlipBook Feature Videos – See What & How

Swipe in the xsheet to scroll through it

Tap in a cel to select and open it

*If multiple cels are selected, touch and hold briefly within the selection to drag n drop the selected cels

*Touch and hold a non-selected cel to drag and drop that cel and all the ones below it up or down to adjust the timing of the cel above.

In traditional animation the timeline is called an exposure sheet or xsheet for short and it’s vertical because that’s that way professional animators are used to working. That’s why all the major studios and animation schools work that way. So if you have a background, or you want a future in animation, look for an app that has a real xsheet, like FlipBook.

Images are represented in the xsheet by thumbnails. The thumbnails make it much easier to see what you’re working with and how much work has been done. Images automatically hold through the following frames until they are replaced by another image or an X to stop the hold.  The light gray line down the middle of the cels means that the previous drawing is being held through those frames. Adding or deleting frames makes the scene longer or shorter.

Tap on any frame number to see that frame. This switches from Edit Mode to Play Mode and Pauses you on the frame to selected.

Or Touch and hold the frame number to bring up a menu of options. You can also insert, add and delete frames using the icons at the bottom of the xsheet.

Touch and hold any thumbnail briefly to drag and drop it or hold a moment longer for the cel menu.

To stop a hold, Touch and Hold an empty cel to bring up the cel menu and select Stop Hold.

To add Levels, Touch and Hold any frame number to bring up the menu and select Levels, then adjust the stepper control.

Tap the lightbox icon to turn it on and off

Touch and hold the lightbox icon to adjust the settings.

FlipBook’s Onion Skin feature is way ahead of the others.

It doesn’t just show you a previous and next image, like other apps. It let’s you see any image you want before, after and even beside the image you’re editing. So with FlipBook, you can always see everything you need to help you see exactly where to draw.

And it’s easy. Our Lightbox works just like a traditional animation disc. When you open a drawing it automatically goes on top of the stack and when there are too many drawings on the stack, the oldest ones automatically fall off the bottom. So you can add any image you want to the lightbox by just tapping on it.

When you want to animate “straight ahead”, drawing the images in the order, you just start drawing in any cel and when you go to the next frame the previous image stays there but it gets a little lighter. When you go to the third drawing both of the first two images stay there. Each one gets a little lighter because it’s further down the stack – just like they would with real pencil, paper and a lightbulb. But with FlipBook you can see through a lot more drawings than you can with real paper.

Professional animators usually draw the key frames and then the inbetween frames so they can make sure the character is will get where he’s going on the right frame. That means they might draw frame 1 first, frame 9 second and then draw frame 5 between them.

FlipBook makes that as easy as can be. In fact, it happens automatically. Just draw frame 1 and when you go to frame 9 you will see frame 1. Then tap on frame 5 and you’ll still see frames 1 and 9.

But in FlipPad you’re not limited to drawings in the same level like you are with other apps. You can tap on any drawing from any level to put it on the stack and see it on the lightbox.

So as you can see, FlipPad’s inion skin features are clearly more versatile and very easy to use, if not completely automatic.

Our pencil smoothes out the wrinkles of unsteady hands and faithfully follows the steady ones.

Tap and hold the icon to change the settings.

FlipPad also makes drawing easier because the Lightbox lets you see drawings before, after and even beside the one you’re working on.

Tap and hold the icon to change the settings.

Whether you’re animating straight ahead, one frame after another or pose to pose with key frames and inbeteens, FlipPad makes animation easier.

So as you can see, FlipPad’s inion skin features are clearly more versatile and very easy to use, if not completely automatic.